The archaeological heritage of Sardinia is vast and for the most part hidden or difficult to reach. We have therefore decided to recreate within the P.AR.C. part of the sacred well, of nuragic origin, which is located on the hill of Santu Antine.
Concio nuragic well of Santu Antine
The origins of the site
From the top of the Santu Antine hill, 590 m a.s.l., the whole surrounding area is dominated: at dawn the gaze easily reaches the sea. An important control point from which the penetration routes from the south-eastern coast of Sardinia and from Campidano to the production and mining areas of the interior are dominated.

The ruins of two nuraghi confirm the first human presence in distant times; in turn, the Punic walls and the Roman chapel prove the continuity of attendance.

On the western front, the hill has been the subject of studies, followed by the archaeologist Francesco Guido.

A nuragic well of probable sacred significance was discovered. The depth of 39 meters makes it a unique structure for the era in which it was built, as well as a deposit of artifacts and historical information.

Taramelli already mentions the well that is located within the Punic defense walls. The upper part of the structure has now disappeared; only a part was found inside the well, together with a Roman winch to draw water.

Both of these elements provide information for the historical reconstruction represented in the diorama. Furthermore, the well cavity is surrounded by regular ashlars, of trachyte in the upper part and limestone in the lower part.

A tomb in a lithic case made of basaltic stone and containing the remains of two adult males, whose bone remains showed the results of various fractures which had subsequently healed.
A bronze “barbarian” type buckle was found on the slopes of the hill during the first excavation campaigns.

Still on the hill, the Spano indicates the discovery of a burial made up of slabs and containing numerous iron spears, a horse bit and numerous other objects, which were later lost.

The Site today
The Santu Antine hill is a historical monument, rich in the ruins of the peoples who lived there.

Little remains of the ancient structures but the large amount of artifacts found allows us to tell its story.

Through these materials and the information they provided, two dioramas were created, guided by the expertise of the archaeologist who followed the excavations, prof. Francesco Guido, official in charge of the Superintendence for Archaeological Heritage of the provinces of Sassari and Nuoro.

The two models are part of the preparation of the archaeological section of the P.AR.C.
The first diorama shows the nuragic settlement as it is supposed to be originally; the second model recreates the environment and the finds that the archaeologist found at the bottom of the well.

From February 2019 it is possible to view the interior of the well through a touch screen monitor and viewers for immersive reality.

We invite you, having visited the P.AR.C., to climb the hill and admire the territory on the top and for a moment abandon yourself to fantasize about what its appearance may have been in the past.

Finds
Nuragic bronze statue from the well of Santu Antine di Genoni During the excavations, many objects were found, dating back to Roman times.

About 1800 coins, probably thrown into the well as an offering to the gods, several bronze and lead vases, figured handles of cauldrons, spearheads and two small bronzes.

Of the latter, the first is a standing male figure leaning on a high stick. A deity depicted in ritual nudity. With his left hand he holds the scepter and it can be assumed that the right, missing, was raised and opened. On the face, with its round shape, a “pillar” nose was applied, that is, a pyramidal volume with a vertex that fades upwards. A large braided jewel, knotted under the neck, falls on the chest.
The similarities with the bronzes from Santa Cristina di Paulilatino, from Mandas, from the domus de jana of Riu Mulinu di Bonorva and from the Flumenelongu nuraghe of Alghero are evident.

The second figure, always male, represents an offerer. The statue holds the right hand, of considerable size, high and open. She wears a short kilt and wears a round cap hat.

The discovery of these bronzes in the territory of Genoni confirms the Syro-Palestinian frequentation of the innermost areas of Sardinia, compared to those where similar finds have occurred.
These statuettes highlight relationships between indigenous peoples and oriental peoples. They can be interpreted both as valuable objects offered as gifts to local elders to facilitate exchange relationships, and as ex-votos offered to local divinities by both foreign and Sardinian populations.

We also remember the discovery in Santu Perdu of a bronze statuette depicting the Sardus Pater, a Sardinian-Punic divinity of the IV-III century. B.C..

The bronze statue, in perfect condition, is kept in the National Archaeological Museum of Cagliari.

A figurine depicting a horn player, kept in the same Cagliari Museum, was donated by cav. Sanna-Randaccio al Taramelli around 1905. This too was found on the site, now in ruins, of Santu Pedru. 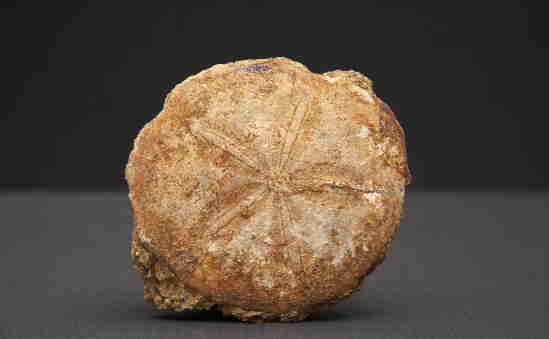 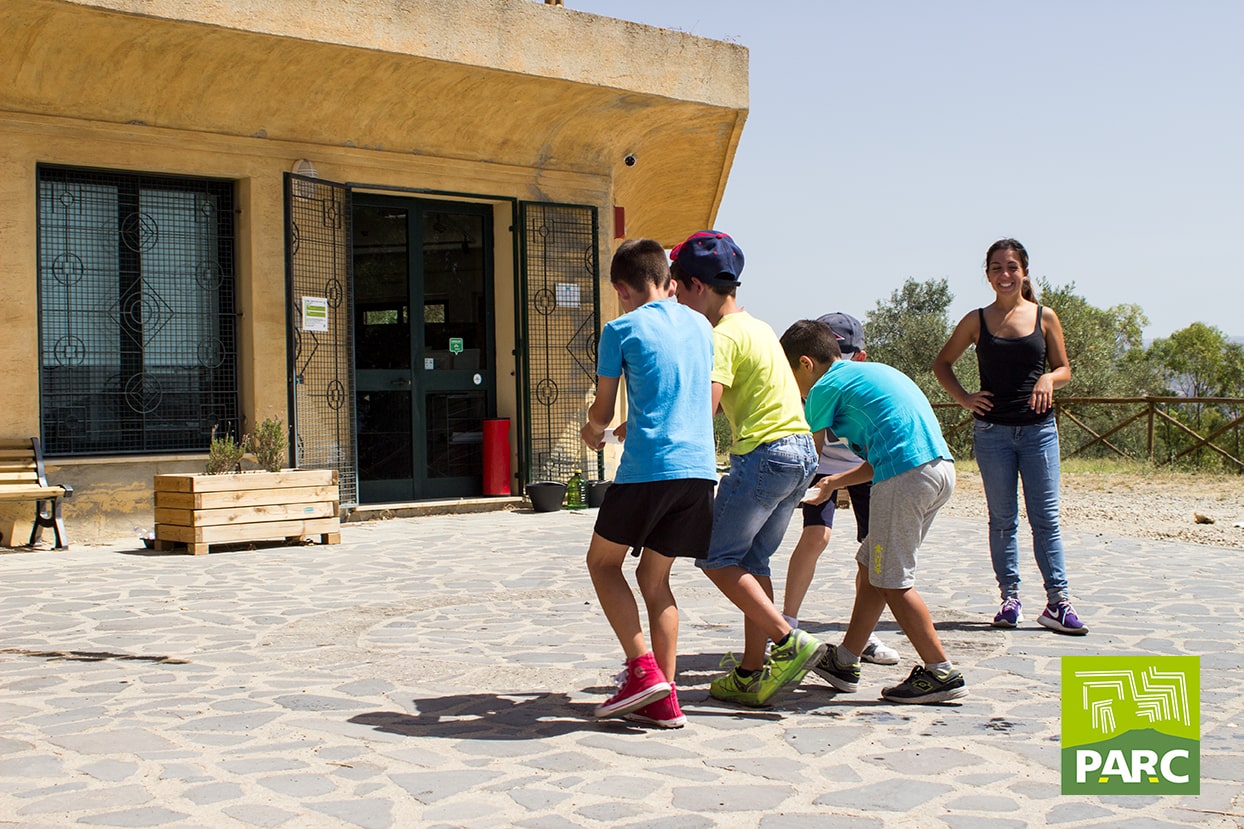 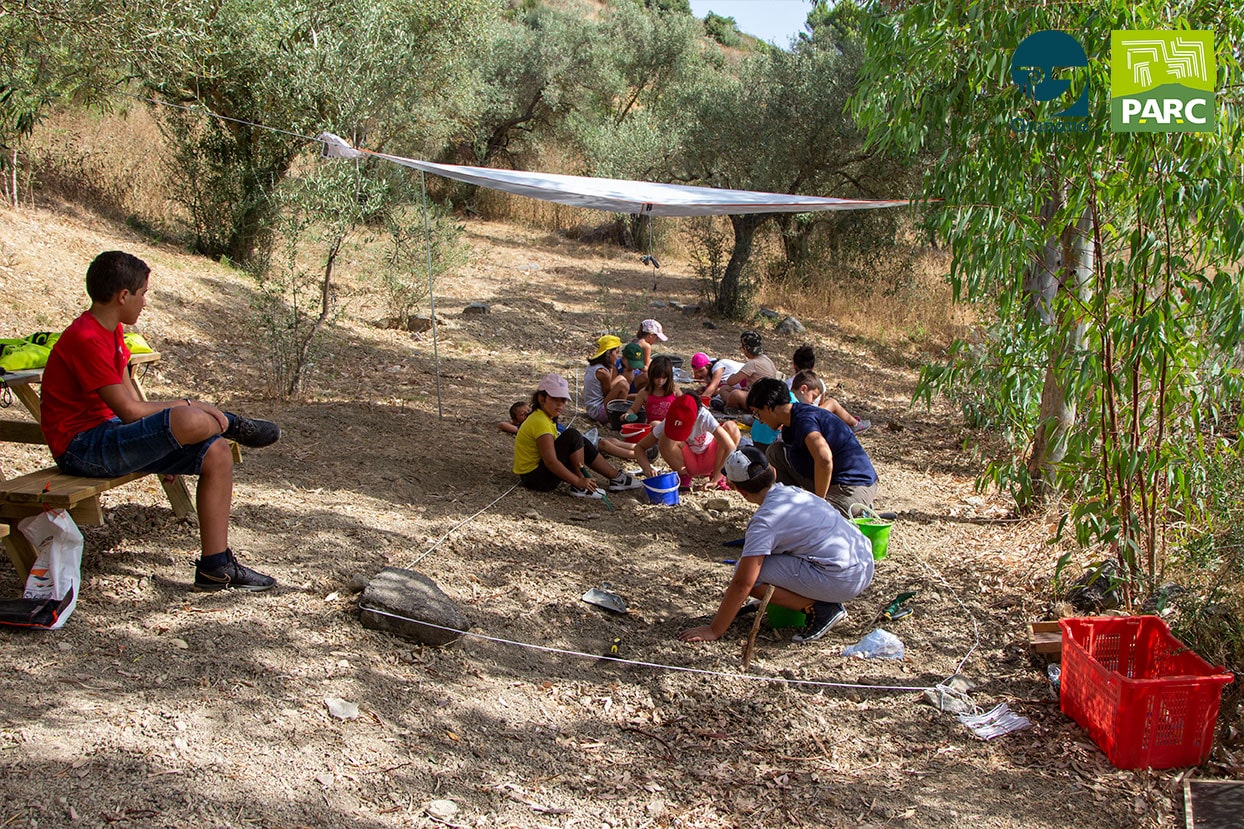